A flag for the Fourth of July?

Posted on July 4, 2012 by multiculturalmarriage 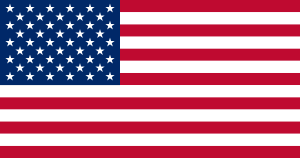 Happy Fourth of July, everyone!

Today’s the day we celebrate the signing of the Declaration of Independence more than 200 years ago – the first time that a colony broke “from the parent stem in the history of the world.”

(Quote from 1776 the Musical – it’s a little salty, as one of my acquaintances admitted, but a rousing good history lesson for those mature enough to enjoy it.)

A few days ago my husband looked at the outside of our house and asked, “Should we get a flag for the Fourth of July?”

Then almost immediately he answered his own question: “But which flag would we choose?”

For we are, after all, a multinational family. Even though we live in the United States, he’s still the citizen of a country in Africa.

Doesn’t it seem a little less than patriotic if we stuff two or more flags into one flagpole on July 4?

And that got me thinking more about the whole story of independence.

It’s true that the United States has not lived up to many of the lofty ideals it outlined for itself. For a nation claiming to believe that “all men are created equal,” the history of slavery severely mars that claim. For a government supposed to be “of the people, by the people, for the people,” the current political climate has left all of us cynical and disillusioned.

Yet when I look over the world as a whole, I can think of many other places I would not want to be on this day. Places where there is not even an official freedom of religion. Places where I am not free to assemble, even in peace, to protest against the government.

Places where I am not free to start my own business, vote for my own state representative, worship (or not worship) as I choose …

… Or even to pick which flag, if any, I wish to flaunt over my house.

I will be the first to admit that this system of governance we have in the U.S. is imperfect. But let’s give it some credit: it is a less imperfect system than many others! Why else would people still want to immigrate to it today?

One of my favorite political quotes is from James Madison in The Federalist, No. 51: “In framing a government which is to be administered by men over men, the great difficulty lies in this: you must first enable the government to control the governed; and in the next place oblige it to control itself.”

We’re still struggling with this difficulty more than 200 years later. But because of that declaration signed on July 4, 1776, at least we have the “how-do-we-accomplish-this?” conversation started.

Hopefully together, we can continue working on the solution.

I'm glad to be part of a multicultural marriage! I grew up in the U.S. but am married to an African husband. This makes life challenging, creative and cool - all at the same time!
View all posts by multiculturalmarriage →
This entry was posted in Faith/Values, Ways of life and tagged Fourth of July, Independence Day, United States. Bookmark the permalink.